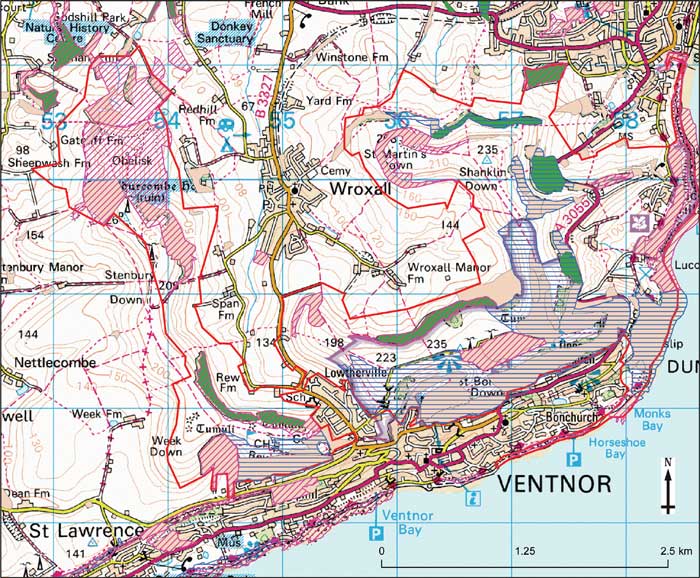 The high ground to the north of Ventnor and south west of Shanklin, extending as far north as the Appuldurcombe estate and including the coast from Ventnor to Shanklin Chine.

Rolling chalk downs with some heathland, sandstone hills and wooded slopes. Extensive holm oak woodland above Ventnor on the Undercliff.

Chalk overlying sandstones, which are exposed on the northern edges. Landslip.